You are here: Home / Uncategorized / A unique week in Pari, Italy (november 2015)

I’m in Pari, a wonderful little village in Tuscany. It’s the 4th time I’m here.
The reason is David Peat, a quantum physicist, who running a learning center here. 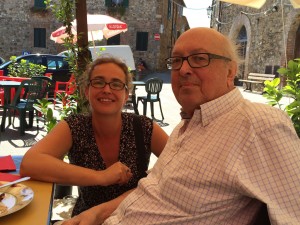 In the previous years, I joined a course (on quantum theory) and 2 roundtable dialogues (on new economy in 2012, and on entrepreneurship from source in september 2015).

But this is -by far- the most unique visit ever!!:

A documentary is being made on the life and work of David Bohm. That’s why we brought together some exceptional people that knew and worked with David Bohm: Basil Hiley, Paavo Pylkkanen, Lee Nichol, David Peat, David Schrum, Rivka Fabrikant.
Paul Howard is the filmmaker and will interview each one separately, as well some of the collective conversations. 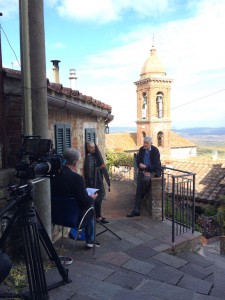 Here is a picture of the interview with Basil Hiley, a mathematician, explaining their relationship and work:
“My main role was listening, listening to his ideas, inquiries and questions.
Then I would would try to provide the mathematics that articulated those ideas into science, into a mathematical framework. It was hard and amazing, ‘how do you describe fluctuation into structure?’ is just one of the many challenges. Those mathematics didn’t exist yet and yet I needed to start working from what was available.”

Incredible to be present and able to witness this unique gathering.

Their conversation this morning was already so interesting and fascinating.
And it is just the beginning.

It’s a gathering of seekers

Inquiring into live and reality, into nothingness and wholeness, through mystery and data…
Extraordinary people with extraordinary lives

What many of the seekers have in common, is ‘patchy lives’
2 beautiful examples are Patrick and Shantena, both theoretical physicists by education.

Shantena went from physics into astrophysics (where he was part of the team discovering the black hole), then became a farmer, but physics kept coming back, and the I Ching appeared as a way to balance it.
“Science is abstraction, and I Ching is a way to reconnect with that wholeness which is before abstraction”.

Patrick studied physics, quantum field theory and information technology. The lack of answers lead him into an inquiry into Eastern wisdoms and more specifically into the body and energy (Chi), now he is immersed in Buddhist philosophy. 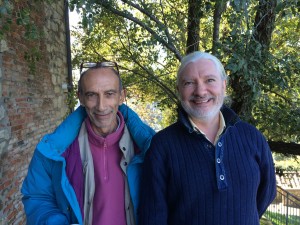 Both expressed how moments of ‘letting go’ identifications, allowed new questions to emerge.
Every now and then physics came back, like an ‘itch’ to ‘understand’.
It’s the ability to let go of the need to understand, the need for answers, that liberated them to explore what is beyond the known. 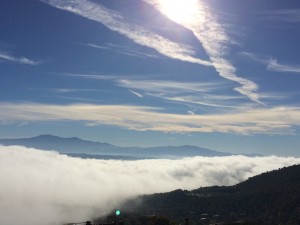 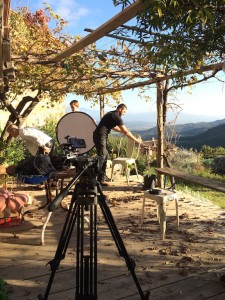 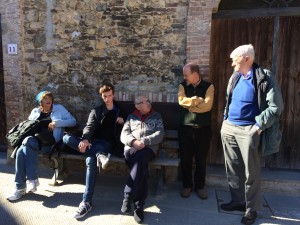 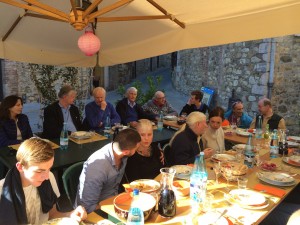 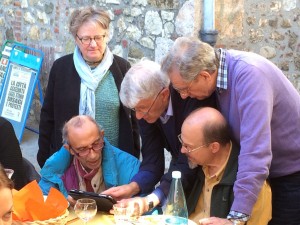 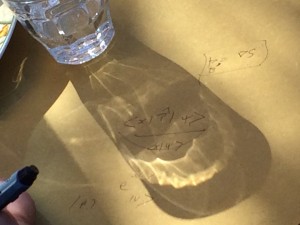 Go back to blog
1 reply

POC21, a unique ‘proof of concept’
Scroll to top