You are here: Home / Uncategorized / POC21, a unique ‘proof of concept’

POC21 is an international innovation community, that started as an innovation camp. The camp brought together 100+ makers, designers, engineers, scientists and geeks. Late summer 2015, they have joined forces in a stunning french castle to prototype the fossil free, zero waste society. The ultimate goal was to overcome the destructive consumer culture and make open-source, sustainable products the new normal. Over the course of 5 weeks they developed 12 sustainable lifestyle technologies and built an international community of innovators and supporters, that continues to grow.”

Here is a documentary about the 5 week camp:  Docu POC21

I really believe we need more gatherings and spaces like this. It was very powerfull!

This is a video they created about week 3:

I let the pictures below tell the story  of my visit to the POC21 camp in August. Simply brilliant how they organised the camp and the harvest/communication.

And at the bottom you find a blogpost of Ole Seidenberg, written during the second week. 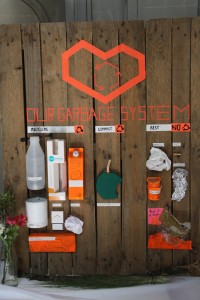 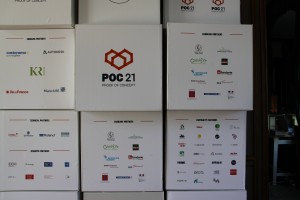 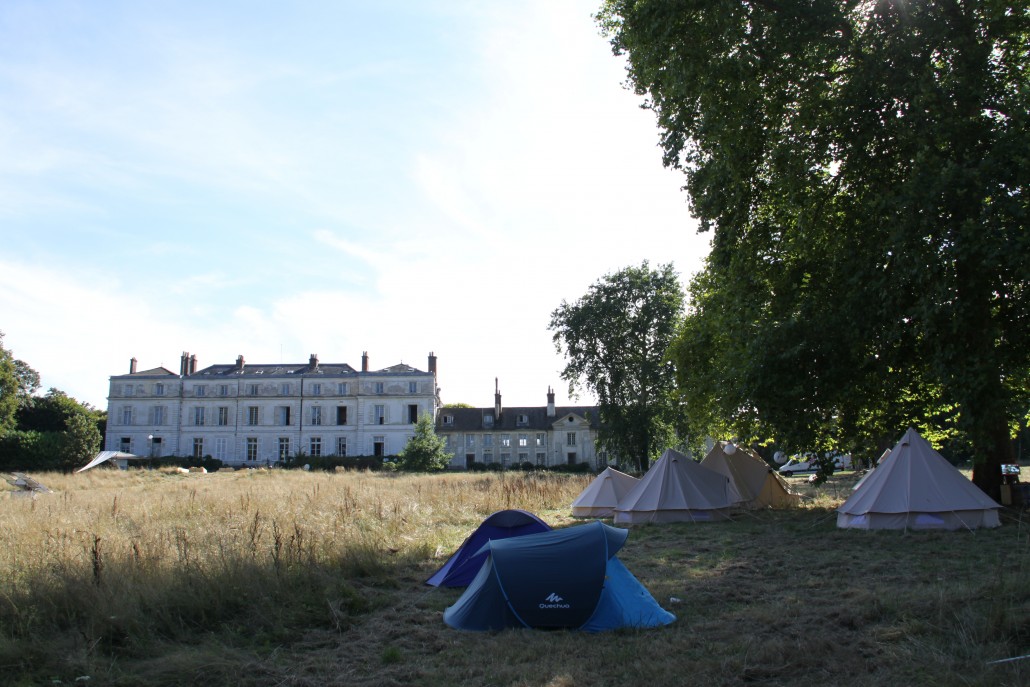 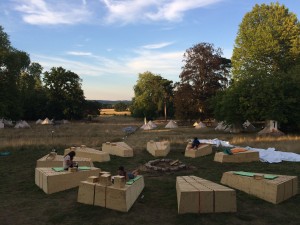 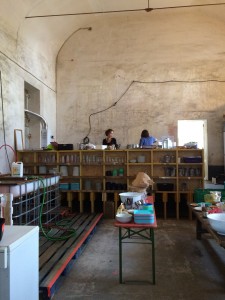 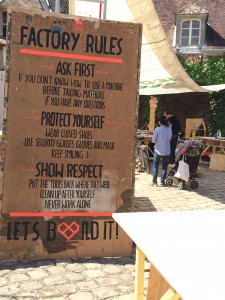 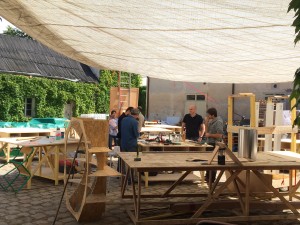 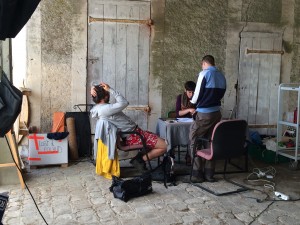 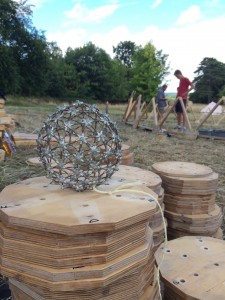 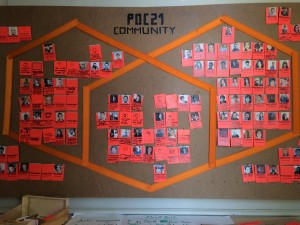 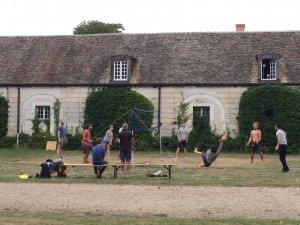 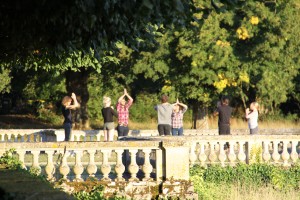 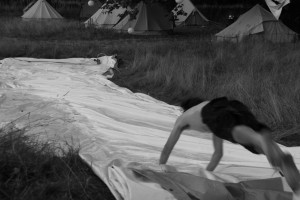 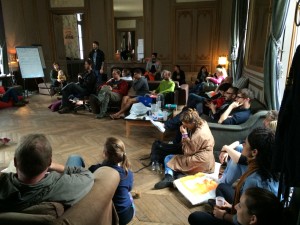 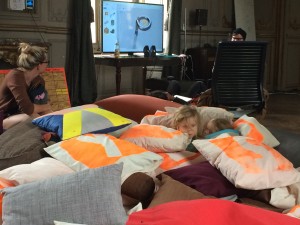 FROM EGO TO ECO by Ole Seidenberg

HOW TO CO-SURVIVE AS HUMANS

Outside of our castle walls, the murder of refugees at European borders is continuing and in Germany the Nazis are back on the streets. Supporter Ole Seidenberg has visited us for one week and tries to connect this madness with the solutions build at POC21, seeing it as a disproof of „homo homini lupus“, the concept that man is wolf to man.

71 dead refugees in a truck. It took the death of 71 human beings, found on an Austrian highway, to finally realize that we cannot stop a crisis of humanity by closing our borders, our eyes and thus our hearts.

It might seem insensitive to bring up our current inability to welcome refugees in Europe to explain what I have experienced at a so called „innovation camp“ in a French Castle, obviously far away from what is happening elsewhere.

We might be co-living in Millemont with 100 people, we might have felt certain cultural differences among the participants. And we might have been overwhelmed with organizing both the two washing machines, the limited number of mattresses and the beer supply in a coherent manner. All of which is certainly ridiculously insignificant given that we are living in the luxurious environment of an ancient castle, packed with high tech machines and highly educated minds that enable us to build whatever we envision.

Yet, there is an underlying pattern that both the mission of POC21 and the refugee crisis have in common: We cannot cut the cycle of responsibility by turning the other way once the backlash of our in/action is visible. If we want to tackle our current challenges in human co-living on planet earth, we need to generate a common understanding of the roots of our behavior and stop wasting too much energy on handling or ignoring the symptoms.

It might be difficult to see the connection between an electric cargo-bike (Velo M2) or a solar-driven generator (Sunzilla) and the riots against new neighbors happening in Heidenau (Germany) and other places across Europe. But these stories that seem far away from each other are rather interconnected – and seeing this connection is important to understand what POC21 was actually set out to achieve.

When we listend to Julie from the MIT U.Lab one chilled Sunday afternoon explaining the „Theory U“ to us, she underpinned our current societal disconnect with the following example: In the Netherlands, there are so many drugs in the groundwater that purification plants are already unable to make clean drinking water available. To develop them in a way that would take out the leftover chemicals, enzymes, hormones etc. would cost billions and many years to implement. So when working with her clients, Julie explored the reasons and root-causes rather than working on the symptoms. She and her team interviewed those taking the medication and those giving the prescriptions. As a matter of fact, we take in 70% of all the drugs we ever take in the last 7 years of our lives. And that´s because of all the side effects we try to suppress with even more drugs. We do so, because we were socially trained to think we must live as long as possible. And feeling sick for a day or two is something we need to prevent from happening. We want to be in control. Yet, we lose the most the more we try to win. 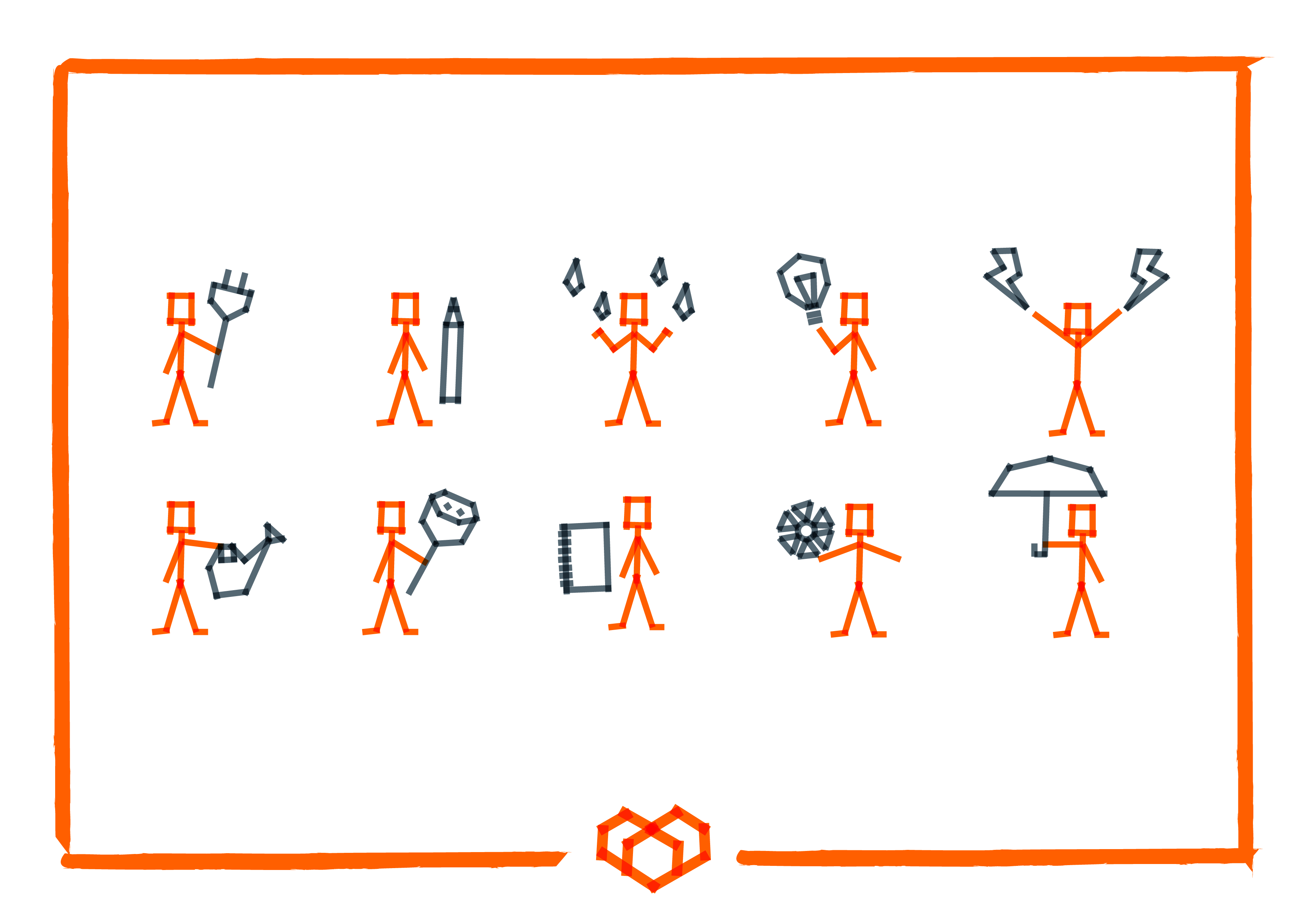 While living at POC21 for roughly one week, it took me a couple of days to realize that this social experiment is not just about makers building machines. It is about a place packed with humans trying to overcome their socially constructed short-sightedness that most of us are taught when going to business-school, building a start-up or acting as a price – rather than impact -sensitive consumer in the given market-based society. POC21 is about the ability to see the greater common good in the products and solutions we are building. It is a disproof of the concept of „homo homini lupus“ (man is a wolf to man). It is, after all, a journey to reformat our common mindset.

But there is certainly a long journey ahead. One week into the camp, 220 Gigabyte out of the 400 GB of satellite-based Internet traffic had been consumed in spite of more than one appeal to be conscious about our „streaming behaviour“. Hundreds of eggs from caged chicken appeared in the kitchen, 3D-printers were used for random stuff and and it took a while until each camp participant fully understood, that if they do not show up to their working shifts, there will simply be not enough food to eat and the buckets of the compost toilets will overspill.

Moreover, at this early stage, the successful development of the 12 camp projects is still open: Realizing the foot-print of all the materials needed to actually build your vision and speculating about the outcome of your invention to human behavior is for many projects still a question to be answered. On top, most need to find the right financial model to make a living out of their idea, in parallel to documenting their idea for open source use and adaption for a worldwide community.

On the other hand, I’ve experienced so many signs of what I’d like to call „eco-consciousness“. Mauricio, who is currently developing Fair Cap, an easy-to-use water filtration system, rebuilt my tent when he saw it being taken away by the strong winds. Gabriela jumped in when no one else felt responsible for cooking food one night for the other 99 people around. I’ve instantly felt connected to most of the other participants and never felt more comfortable with leaving my wallet and mobile phone somewhere in the hallways while using the shared shower outside – next to the wild boars in the woods, that kept an ongoing issue of interest among participants. And when Alana and Mix from Enspiral presented Loomio, an open source tool for distributed decision-making, it gave me goose-bumps to realize how much that little tool represented the way I would like to interact with others.

Going down that path is – I think – probably the only way to the eco-consciousness we all need to co-survive and co-enjoy our shared creativity and humanness rather than hiding from it, leaving lonesome creatures on both sides of the wall.

I wish POC21 and all its inhabitants the patience they’ll need to make that path by walking.

Go back to blog
0 replies